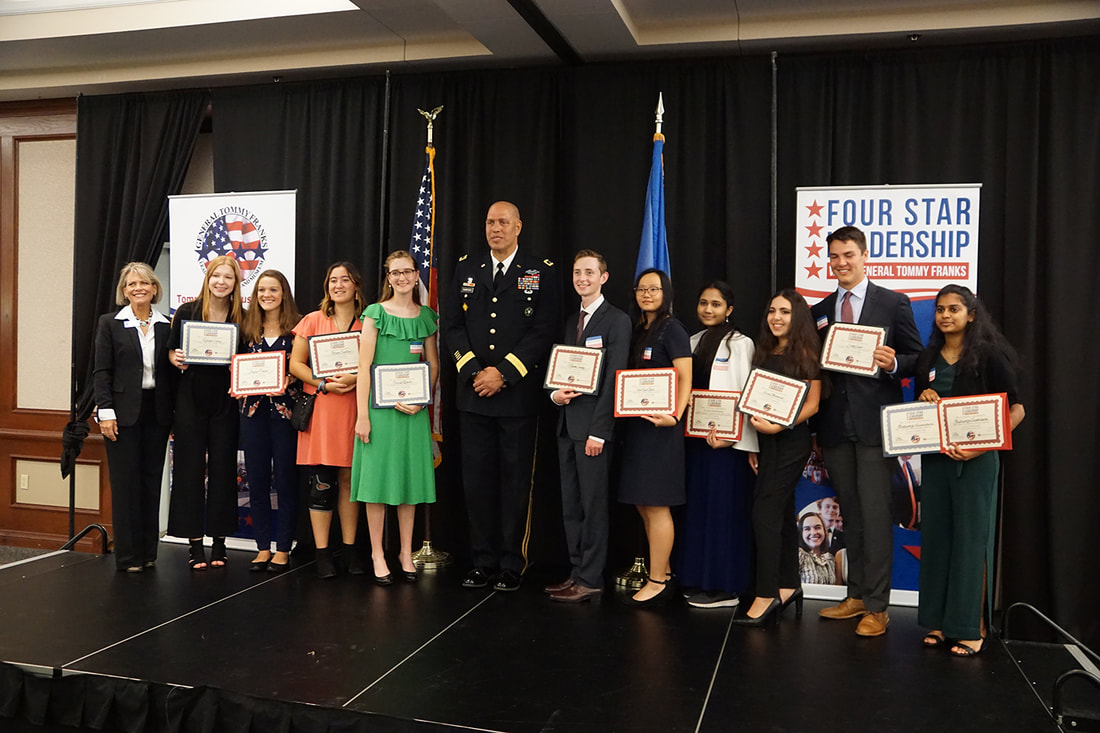 For Immediate Release: July 23, 2021
​
Four Star Leadership with General Tommy Franks is proud to announce that 10 students from across the country have been awarded a cumulative $34,500 in scholarships. The students were awarded scholarships for writing, speech and ethics competitions.


“We are honored to assist the world’s brightest high school students with leadership capabilities and confidence as they make important steps toward their collegiate careers,” said Gen. Tommy Franks (Ret.). “We are confident that these awards are just the first step in a long journey of future triumphs for these leaders of tomorrow.”

Four Star Leadership with General Tommy Franks is a world-class leadership program developed as a partnership between the General Tommy Franks Leadership Institute and Museum and Oklahoma Christian University. During the week-long program, top high school students from around the world learn leadership techniques and skills from frontrunners and influential leaders in various fields. Program curriculum is designed around the four core principles that led Gen. Tommy Franks (Ret.) through his 38-year military career: character, common vision, communication and caring. The opportunity is valued at more than $4,000 per student and is offered at no cost to selected students, including expenses, travel and programming.