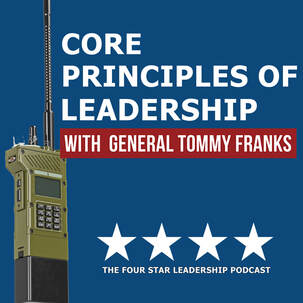 Subscribe to hear from nationally-recognized leaders offering advice and experiences to help future leaders carve their own path to success.

We'll release a new episode on the last Friday of every month at 8 a.m. CST. Episodes range from 20 minutes to an hour and sometimes more! Plus, we'll often have mini-episodes featuring Four Star Leadership alumni to get caught up on their achievements and hear how their experience at Four Star Leadership continues to impact their lives today.

Core Principles of Leadership is hosted by Jace Zacharias.

June 25, 2021
Season 1, Episode 5 - Always Trying to Make A Difference, A Life Well Lived with Harry Rhoads
Co-Founder of the Washington Speakers Bureau, Harry Rhoads joins us to talk about his life experiences and how showing others you care, fostering trust and showing that you are committed to excellence can allow other leaders to be a “force multiplier” in everything they do. 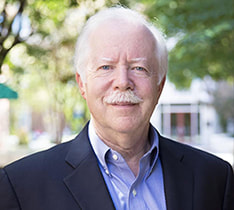 A four-time cancer (melanoma) survivor, Rhoads has served on the board of the V Foundation for Cancer Research since its inception. Currently, he is Chairman of the Nominating and Corporate Governance Committee.
​
Born in Washington, D.C., Rhoads is a graduate of DePauw University. In his spare time, he can be found on the golf course or reading the latest book by one of the WSB authors. He is the proud father of two daughters, Mary Kathryn and Emily Ann.
SUBSCRIBE AND DOWNLOAD ON YOUR FAVORITE PODCAST APP!
Listen on your favorite podcast app above or through the the audio file below!
Presenting Sponsor

Past Episodes & Guests
May 28, 2021
Season 1, Episode 4 - Victory in High Risk Opportunities with Gary Harrell
Major General Gary Harrell (Ret.) talks with us about his leadership experiences in high risk situations where supporting the person next to you is the most important key to victory. ​ 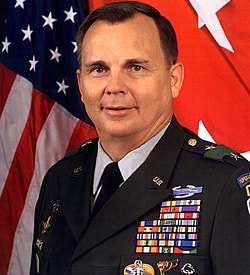 ​About Our Guest: Major General Harrell officially retired as the Deputy Commanding General, United States Army Special Operations Command on July 1, 2008.  MG Harrell’s distinguished career began when he was commissioned a Second Lieutenant on Dec. 7, 1973 upon graduation from East Tennessee State University. He completed the Special Forces Qualification Course and served as Commander of an SFOD-A, SCUBA Team, and Commander of the first CINC, Inextremis Assault Team.

He assumed command of Co. C, 1st Bn., 505th Inf. in February 1981, and deployed as a member of the first multinational force to the Sinai Peninsula in 1981. MG Harrell was assigned as the G3 Air, 82nd Abn. Div., and deployed to Grenada for Operation Urgent Fury. In April 1984, he was assigned as the Operations Officer, 2nd Bn., 10th Special Forces Group (Abn.) in Ft. Devens, Massachusetts.

In December 1985, MG Harrell was assigned to 1st  SFOD-D, (Delta Force) at Ft. Bragg, North Carolina, as a Troop Commander. While in the unit he participated in Operation Just Cause. In March 1991, he was assigned to the Joint Special Operations Command as the Army Special Operations Action Officer. He participated in Operations Desert Shield and Desert Storm.
In April 1992, he assumed command of C Squadron, 1st SFOD-D and deployed to Columbia, where he led forces in operations against Drug Lord Pablo Escobar, in support to the Government of Columbia. His next combat deployment was to Somalia for operations in support of Unosom II. In Somalia, he was the Ground Force Commander for combat operations that a portion of which were later depicted in the book and subsequent movie known as Blackhawk Down. On Oct. 9, 1993 he was severely wounded by enemy mortar fire and evacuated to the US where he began a long recovery process. He was assigned as the Deputy Commander, SFOD-D, in June 1995. MG Harrell commanded 1st SFOD-D from July 1998 to July 2000 and participated in numerous combat operations.

In July 2000, he assumed duties as Director, Joint Security Directorate, U.S. Central Command. As the JSD, he was responsible for all US Security operations within the 26 country CENTCOM area of operations, one of the most dangerous operational areas in the world. In October 2001, MG Harrell formed the USCENTCOM Joint Inter-Agency Task Force. He deployed the JIATF to Bagram, Afghanistan, as the Commander of Task Force Bowie on Nov. 25, 2001 and served as the Assistant Division Commander for the 10th Mountain Division during Operation Anaconda.

MG Harrell assumed command of Special Operations Command Central in July 2002. During Operation Iraqi Freedom, he commanded the largest special operations forces assembled since World War II, consisting of over 20,000 personnel. In April 2005, he was assigned as the Deputy Chief of Staff for Operations/Commander, deployable Joint Task Force, North Atlantic Treaty Organization Response Force in Brunssum, Netherlands, where he was responsible for NATO forces taking operational control of all of Afghanistan.

MG Harrell is currently an owner and CEO of the Harrell Group which specializes in non-linear strategies for international risk security solutions.
April 30, 2021
Season 1, Episode 3 - What I Learned About Decision Making from Seven Years at the White House with Karl Rove
Karl Rove joins us to discuss how aligning authority and responsibility, creating an environment where people can speak plainly, having a process and practicing humility allows all great leaders and teams make the best decisions possible. 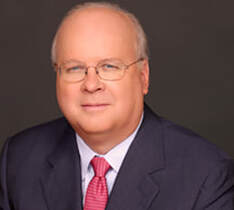 About Our Guest: Karl Rove, an iconic political strategist and one of the most sought-after political brains of our time, is best known for his provocative and robust knowledge of the major political issues of the day. Mr. Rove served as Senior Advisor to President George W. Bush from 2000–2007 and Deputy Chief of Staff from 2004–2007. At the White House he oversaw the Offices of Strategic Initiatives, Political Affairs, Public Liaison and Intergovernmental Affairs and was Deputy Chief of Staff for Policy, coordinating the White House policy-making process. Before Karl Rove became known as “The Architect” of President Bush’s 2000 and 2004 campaigns, he was president of Karl Rove + Company, an Austin-based public affairs firm that worked for Republican candidates, non-partisan causes and non-profit groups. Today Mr. Rove writes a weekly op-ed for the Wall Street Journal, is a Fox News contributor and is the author of the newly released book, The Triumph of William McKinley: Why the Election of 1896 Still Matters, and the New York Times Bestseller, Courage and Consequence.
March 26, 2021
Season 1, Episode 2 - Leadership Principles for Today and Tomorrow That I Learned Yesterday with Todd Lamb
Former Lt. Governor of Oklahoma Todd Lamb joins us to talk about how learning the importance of putting family first, planning, understanding surrender, attending the herds, being humble, saying yes, and being an encourager can help us all become a better leader today and tomorrow. 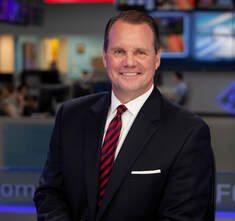 About Our Guest: Oklahoma elected Todd Lamb as Lieutenant Governor on November 2, 2010. An Enid native, Lamb played football at Louisiana Tech University, then returned to Oklahoma earning his bachelor's degree from Oklahoma State University and his law degree from Oklahoma City University School of Law. In 1998, Todd Lamb became a Special Agent with the United States Secret Service. He was elected president of his Secret Service Academy class and graduated with special recognition. During his U.S. Secret Service tenure, Lamb investigated and made numerous arrests in the areas of counterfeiting, bank fraud, threats against the President and identity theft. His duties included domestic and international protection assignments during the Clinton and George W. Bush administrations. In 2000, Lamb was a site supervisor for George W. Bush's presidential campaign. In early 2001, he was appointed to the national Joint Terrorism Task Force, where he received training and briefings at the CIA, FBI and Secret Service headquarters in Washington, D.C. After the terrorists' attacks, he was assigned to portions of the 9-11 investigation.

In 2009, Lamb became the first Republican Majority Floor Leader in state history. He has worked as a landman in Oklahoma's energy industry, and in addition to his Senate service, was General Counsel for an energy and wireless company in Edmond, Oklahoma. Lt. Governor Lamb currently services as Vice Chair of the Aeronautics State Association (ASA) and Chairman of the South Region for the National Lieutenant Governor's Associate (NLGA) Executive Committee.

Todd Lamb and his Monica have been married 15 years and have two children, Griffin and Lauren. The Lambs are active members of Quail Springs Baptist Church, where Lamb services as a church deacon. He has been a member of the Oklahoma Secondary Schools Athletic Association where he officiated high school football. He is active in many other civic and political organizations. In his spare time, Lamb enjoys fishing, hunting, reading and spending time with his family.
February 26, 2021
Season 1, Episode 1 - Standing on Patriotism with Neal McCoy
Country music legend Neal McCoy talks about how implementing Caring, Consistency, Loyalty and Respect will not only allow you to continually Stand on Patriotism, but also become a more effective leader. Neal tells us some behind the scenes stories about why Standing on Patriotism is so important to him, how these experiences relate to leadership and how General Tommy Franks has inspired him to continue this good work. As General Franks always says, "Ain't this a great country." 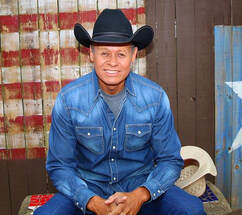 About Our Guest: Neal McCoy has released 15 studio albums on various labels, and has released 34 singles to country radio. In 1993,  Neal McCoy broke through with the back-to-back No. 1 singles No Doubt About It and Wink from his platinum-certified album No Doubt About It. His commercial success continued into the late 1990s with two more platinum albums and a gold album, as well as six more Top Ten hits. A seventh Top Ten hit, the number 10 Billy’s Got His Beer Goggles On, came in 2005 from his self-released That’s Life.

Music of Your Life, a big band jazz and country amalgam with Les Brown, Jr. recorded for a public television special, appeared in 2011, with a new studio album, XII, finally arriving in 2012. In 2013 he released Pride: A Tribute to Charley Pride, Neal’s long time friend and mentor. 2015 brought the Big Band Standards CD You Don’t Know Me. Neal has been on 15 USO Tours around the world and continues to say it’s one of the achievements he’s most proud of. He is also the recipient of multiple humanitarian awards from The Academy of Country Music, The Country Radio Broadcasters and The Masonic Grand Lodge. In 2016 Neal has again made a move to continue his patriotic values by reciting the Pledge of Allegiance “Live” on his Facebook page every morning. He’s reached millions of viewers all over the country and around the world. Neal still maintains a very busy touring schedule all through the year. Make sure to catch a show when he’s near because as Neal says “No two shows are the same!”

Neal also supports his own charity organization, the East Texas Angel Network, which is committed to the enhancement of the lives of children of East Texas who are living with terminal or life-threatening diseases.
Website Developed by The Guild