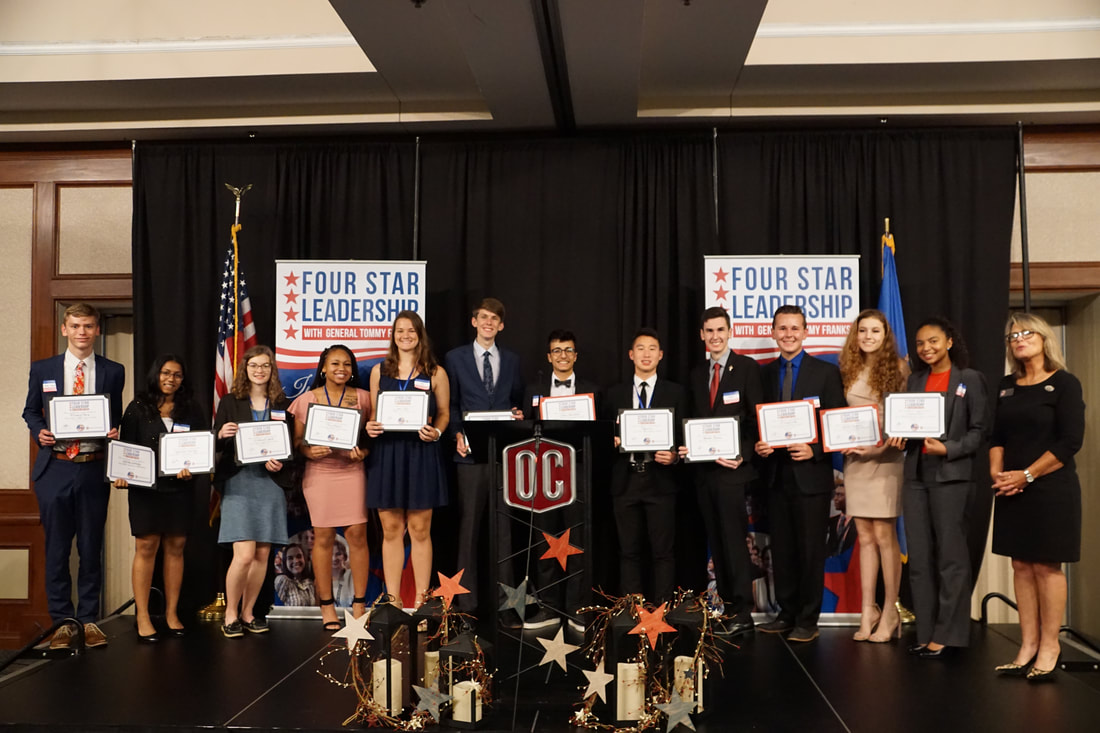 Students From Around the World Recipients of Scholarships from Leadership Program with Ret. General Tommy Franks

Four Star Leadership with General Tommy Franks is proud to announce that 12 students from across the country have been awarded a cumulative $35,000 in scholarships during the Four Star Leadership Awards Banquet at Oklahoma Christian University. The students were awarded scholarships for leadership, writing, an ethics bowl and persuasive speech competition.
​
“We are honored to assist the world’s brightest high school students as they make important steps toward their collegiate careers,” said retired Gen. Tommy Franks. “We are confident that these awards are just the first step in a long journey of future triumphs for these leaders of tomorrow.”

During the world-class program, students learned leadership techniques from frontrunners in various fields. Politicians, dignitaries and star athletes offered their expertise to this year’s leadership program. Towards the conclusion of the week-long program, attendees expanded upon their skills through an individual persuasive speech and writing competition as well as collaboratively in an ethics bowl tournament.

For more information on the program or accepted applicants, visit FourStarLeader.com.