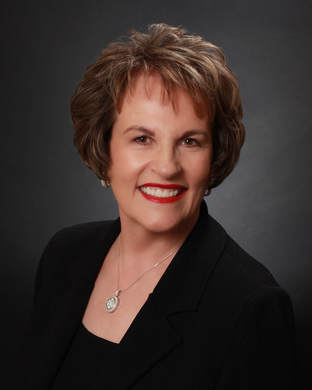 ​​Celebrating her 81st birthday in 2018, Mo Anderson is the heart and truly beloved leader of Keller Williams Realty. Strong, principled, and compassionate, Mo’s personal integrity and unending drive are touchstones that have made Keller Williams Realty one of the most successful franchises in real estate history.

Mo joined Keller Williams Realty as president and chief executive officer in 1995, and shepherded the company from 35 market centers to more than 530 within 10 years. Known at times as the “Velvet Hammer” for her uncompromising values and standards, Mo’s astute business acumen and leadership abilities are uniquely matched by her faith and compassion.  She has continuously cultivated the firm’s value system, inspiring over 180,000 associates across the globe to maintain high standards of character within both their personal and professional lives. She served in both executive roles until 2002, when Mark Willis was appointed president.  In 2005, she assumed her current role as vice chairman of the board.

Mo’s respect and renown as a business leader has reached far beyond the real estate industry.  In 2007, she addressed MBA students at the Yale School of Management twice – first as a guest speaker in for the second annual Yale MBA Christian Conference, entitled: MBAs, Money & Meaning? Finding Purpose and Value in Your Work, and second during a presentation of the Keller Williams Realty Case Study written by the Stanford University’s Graduate School of Business. Later in 2007, Mo participated in the Executive Seminar Series at St. Edwards University in Austin, Texas.  Between 2008, and 2013, Mo accepted annual invitations to return to the Yale School of Management for additional presentations of the Keller Williams Case Study.

Mo has been recognized for her contribution to her industry and to the community.  In 2006, she was named Profile in Power by the Austin Business Journal and deemed one of America’s Top 25 Influential Thought Leaders by REALTOR magazine.  In 2007, the Women’s Council of REALTORS featured Mo as one of Real Estate’s Most Influential People in an article published in Connections.  In 2008, Mo was inducted into the prestigious Hall of Leaders by the CRB Council and featured in the Swanepoel Trends Report as one of the “most influential women who have shattered the real estate management glass ceiling.”  In December 2010, Mo was named Woman of the Year by the Edmond, OK, Chamber of Commerce. And, later selected to be the 2011 Pioneer Woman of the Year by the Pioneer Woman Museum Advisory Board of Ponca City, OK, for making a tangible difference in her community and society as a whole.  In 2014, Mo was inducted into the RPAC Hall of Fame. Most recently, in 2018, she has been honored by the Annie Oakley Society of Oklahoma.

Mo’s demand as a keynote speaker is always growing.  In February 2016, Mo was invited to return to the Yale MBA Christian Conference, where she addressed MBA students from across the nation during the event titled: Believers in Business. In 2017, she started the year with a powerful presentation to the Real Estate Prayer Breakfast organization in Washington, DC; then, she ended the year with an equally engaging keynote address at the RZIM Business Leadership Conference in Atlanta, GA. In 2018, Mo spoke to the United Way Leadership Society, addressed the Strata Leadership Forum, and participated in the convocation at Alice Lloyd College in Kentucky.

Most exciting is Mo’s current endeavor as author of A Joy-filled Life: Lessons of a Tenant Farmer’s Daughter who became a CEO.   She has toured North America speaking about her book in a presentation called 7 Pillars of a Joy-filled Life, which encapsulates the lessons Mo has learned over her lifetime.

Recently, she launched www.MoAnderson.com, an on-line community that has allowed her to fulfill the dream of mentoring others, near and far. Here, Mo shares life changing principles that create a joy-filled life.  In every way, she is committed to leaving a legacy: the higher purpose of business is to give, care, and share.

With tenacious determination, she is committed to reinventing herself as a contributor to others and the world during each new decade of life. At 80 years young, Mo Anderson continues as the beloved, shining star of Keller Williams Realty, leading and nurturing the company’s culture for a new era.
RETURN TO SPEAKERS
Website Developed by The Guild